There will be preparatory meetings for ALL committees on Monday 24thJanuary at 13:00 (CET/GMT+1). This meeting is mandatory for all participants and will serve as an introduction to give the participants an opportunity to get to know each other. The chairs will also introduce THIMUN Online and explain all procedures.

This area is ONLY for MUN-Director’s that have registered to volunteer and for main-submitter delegates. These delegates will be requested by their committee chair to join the Approval Panel through the zoom link below.

If there are any MUN-Director’s that wish to join and volunteer in the approval panel you must email (info@thimun.org) in order to give full access to the functions of the panel.

Once you enter this room you will automatically be placed in a waiting area, the admin staff will let you in and assist you further.

The Opening Session of THIMUN will be on Monday 24thof January at 16:00 (CET/GMT+1), this will be broadcasted via our Webapp.

Jon Abrahamsson Ring started his IKEA career in IKEA Örebro, Sweden in 1998 and various assignments followed, among others he held positions in the IKEA Canada and IKEA China retail organizations. He was also assistant to IKEA founder Ingvar Kamprad for four years. In 2008, Jon left the IKEA business to become CEO of fashion brand Filippa K and later CEO of gardening brand Plantagen. He re-joined IKEA when he started working for Inter IKEA Systems in 2017. Jon became CEO of Inter IKEA Group in 2020. 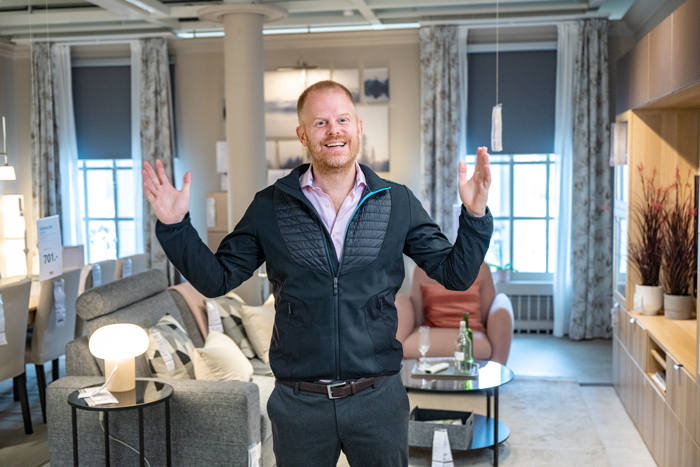 The THIMUN Board invites all MUN-Directors to join them on Thursday 27th January at 16:00 (CET/GMT+1) for a review of the week and a brief look ahead.
There will be a link for the meeting which we will place here and in the drop-down menu.